Christian Bables: An Award-Winning Actor to be Reckoned With

One of the brilliant young actors of his generation, Christian Bables breathes life into every character he portrays. Christian enjoys being an actor because he can express himself, touch other people’s lives, and execute his passion. 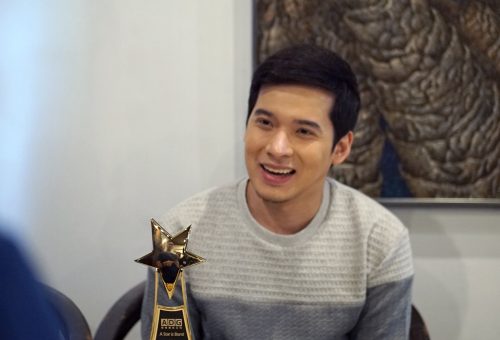 Christian always takes his work seriously and values the importance of training and preparation. He remains focus on his craft as an actor that is why blessings continuously keep pouring in for him. He says, “Like what my mentors tell me, acting is a lifestyle of learning. Kahit na sino, kahit hindi actor, ay dapat hindi tumigil sa pag-aaral. Dapat laging bukas na matuto.”

He has proven to all and sundry that he is an award-winning actor to be reckoned with. “Acting is a venue to express myself. I enjoy giving empowerment to every character I portray because through that ako mismo ay nae-empower.”

Christian is in high spirits these days. Fresh from the box-office success of Panti Sisters, Christian is deeply overwhelmed with the outcome of the movie which revolves around the story of three gay siblings whose rich father wants to bequeath his inheritance to a son who can give him a grandchild.

“Nakakatuwa na tinanggap ng Filipino audience and maybe the foreign audience ang pelikula namin. Thank you very much but more than anything else, I am ecstatic because we were able to relay the message of the movie. Likewise, we become proud allies of the LGBT community. Personally, this is my way of giving back because ang laki ng utang na loob ko sa LGBT community. If not for my role as Barbs in Die Beautiful, I wouldn’t be here. Hindi mabubukas ang pintuan ng mga pangarap ko. Ang mapapangako ko ay hindi ako magsasawa at mapapagod na gumawa ng mga makabuluhang istorya para sa LGBT community.” 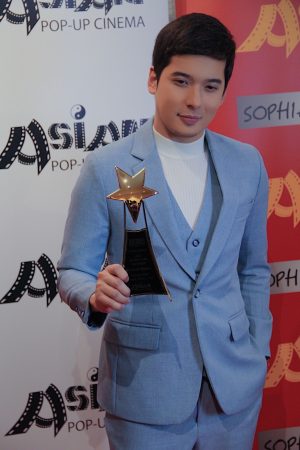 He just came back from Chicago to personally accept his Bright Star Award in the prestigious 2019 Asian Pop-Up Cinema for his sterling performance in Signal Rock. In the film, Christian plays Intoy, a poor high school dropout who resides in a far-flung fishing island with his family and courageously climbs steep rock formations just to get a cellphone signal. (He won the Best Actor Award at the Hanoi International Film Festival (HANIFF) in Vietnam last year.)

Christian shares his experience attending the event. “They were all nice. The founder is Ms. Sophia Boccio. She was very accommodating. I received a warm welcome from the people in Chicago most especially the Filipino community. Grabe iyong suporta nila sa Signal Rock, sa akin, at sa pagpunta ko. I enjoyed my stay there. It was a heartwarming experience. It is one of my most memorable film festivals.”

He recently won the Best Actor Award at the Urduja Film Festival for his role in Signal Rock which also received the Movie of the Year (Drama) Award. Urduja Film Festival is a yearly competition which promotes student short, feature, and independent films in Northern Luzon.

Christian is grateful for all the good projects coming his way. Aside from upcoming movies, he is part of a new teleserye in ABS-CBN. “I am thankful to ABS-CBN for giving me such a good and challenging role. Please watch out for my new television series soon.”