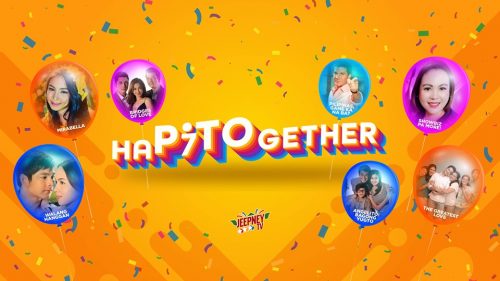 Jeepney TV, home of ABS-CBN’s timeless programs, spreads joy and abundant gifts this year as it celebrates its seventh anniversary and launches the #JTVHaPITOgether online giveaway on Facebook and YouTube.

Then on October 27 (Sunday), watch the livestream on Jeepney TV’s YouTube channel and comment on the chat section that you’ve accomplished all the steps for a chance to win one of the “Pito-Pito Panalo” prizes. 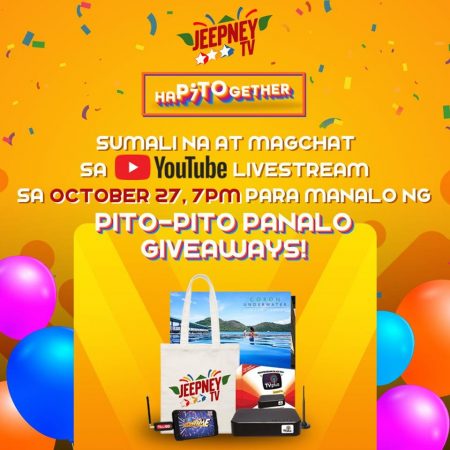 Apart from the “Pito-Pito Panalo” giveaways, seven winners can also secure SKYdirect boxes daily starting Monday (Oct. 22) until Sunday (October 27) by earning the “Top Fan” badge from Jeepney TV’s Facebook page. So make sure to like, follow, and engage with the posts of JTV’s Facebook page.

Finally, a whopping P100,000 await the winner of Jeepney TV’s Grand Quiz on Kumu this October 22 (Tuesday) at 9pm. A cash prize of P20,000 is also at stake for the weekly quiz. Interested individuals only need to download the Kumu app to join.

Jeepney TV started as a cable TV channel in June 2012 and remains to be among the Top 25 cable and niche channels nationwide. The channel’s coverage further expanded when it was launched among the new channels of ABS-CBN TVplus in August 2018. It currently ranks as the No. 5 channel among households with ABS-CBN TVplus boxes.