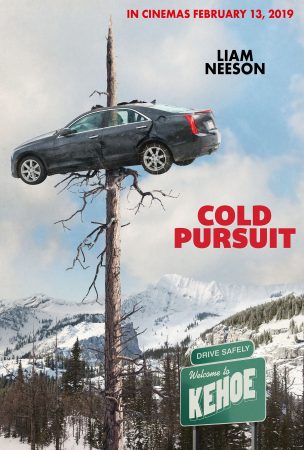 Blockbuster action icon Liam Neeson is back with a vengeance in a heady mix of rage and dark humor in “Cold Pursuit”.

Infused with irreverent humor, “Cold Pursuit” sees Liam Neeson as Nels Coxman, a family man whose quiet life with his wife (Laura Dern) is upended following the mysterious death of their son. Nels’ search for justice turns into a vengeful hunt for Viking (Tom Bateman), a drug lord he believes is connected to the death. As one by one of Viking’s associates “disappear,” Nels goes from upstanding citizen to ice-cold vigilante, letting nothing — and no one — get in his way. 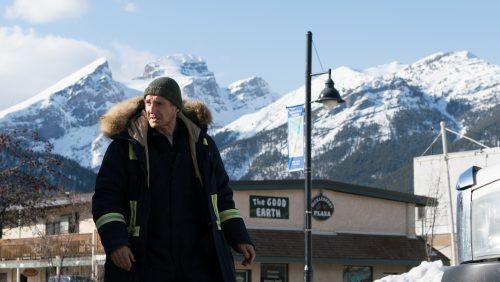 Just named Citizen of the Year for his services in keeping the roads open to the remote town, Coxman’s life swiftly spirals into amateur retribution and an escalating pile of corpses when his son (played by Micheál Richardson) is mistakenly killed by local gangsters over a stash of missing drugs. All he knows about killing people is what he read in a crime novel, but Coxman sets off with a sawn-off hunting rifle, and unwittingly begins a chain of events that will include a snowbound turf war, kidnapping, two rival crime lords and a host of hoodlums with colourful nicknames like Maverick, Mustang, and Smoke.