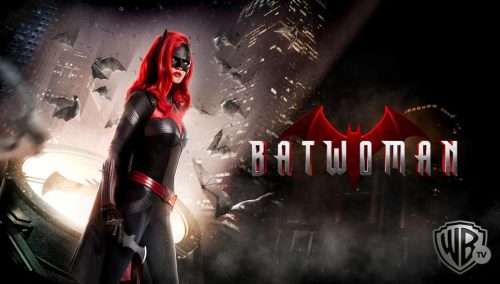 Female empowerment has never been so bad-ass. The very best of DC Comics’ most fearless femmes are coming together in one epic event on Warner TV this October.

First in the lineup is the exclusive Asian premiere of Batwoman, Warner Bros.’ brand-new superhero series, on Monday, October 21, in a triple-bill extravaganza starting from 7:20 pm. The third and remaining episodes will be aired the same day as the US at 9:00 pm.

Armed with a passion for social justice and a flair for speaking her mind, Kate Kane – played by Ruby Rose – soars through the shadowed streets of Gotham as Batwoman. But don’t call her a hero yet. In a city desperate for a savior, she must first overcome her own demons before embracing the call to be Gotham’s symbol of hope.

The ultimate female warrior, Wonder Woman, is also making her debut on Warner TV on Sunday, October 20 at 9pm. Gal Gadot (Batman v Superman: Dawn of Justice) returns as the title character in the epic action-adventure based on the DC Super Hero.

And as a part of a “Fearless Femmes” tribute, Warner TV will air crossover episodes from the Arrowverse from 3pm onwards on October 20. These include the Elsewords specials, which introduce the characters Batwoman and Lois Lane, and also features characters such as Killer Frost, Supergirl, Black Canary and White Canary.

Blink and you’ll miss it! Stay tuned for more of Warner TV’s ‘Fearless Femmes’ on Cignal , SkyCable, CableBoss. And if you’re in Manila, hang out with your own heroes at the third Warner TV Pop Expo on November 17 at Eastwood (Open Park & Central Plaza). It’s the most awesomely geeky (and free) fanfest in the Philippines!

Team Orange 25 Feb 2021 0 comments
Every year, the world produces more electronic waste (e-waste) than the last due to advancements in technology that shorten the average life spans of gadgets and electronics. According to the…