Typhoon Kammuri, known locally as Typhoon Tisoy made its first landfall in Prieto Diaz, Sorsogon at around 11PM on December 2.

Kammuri intensified just before it hit the landmass with a maximum sustained winds of 165km/h near its center and 230km/h gustiness. 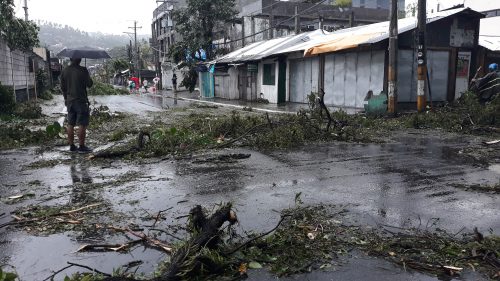 “I wasn’t able to sleep well last night not because the strong winds and rain bothered me but because I was worried about the families in evacuation centers and their deserted homes made of light wooden materials,” shares Rey Montimor, World Vision Program Manager of Albay and Sorsogon.

Information from the Department of Education’s Disaster Risk Reduction and Management Service (DRRMS) shows that 14 million learners are affected due to class suspensions across more than 26,000 schools in 12 regions. Meanwhile, UNOCHA’s Joint Analysis of Disaster Exposure data says that there are at least nine million people in the affected areas – Camarines Sur, Albay, Quezon, Catanduanes, and Camarines Norte, 300,000 children of whom are living in places with possible widespread damage. 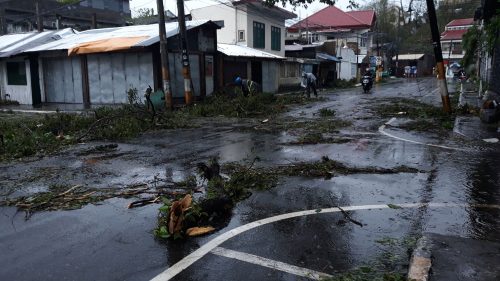 “As a child-focused organization, our focus is to complement the government’s efforts in ensuring that these children are safe and protected. World Vision is present in Pio Duran in Albay, Bulan in Sorsogon, Jose Panganiban in Camarines Norte and Lagonoy in Camarines Sur. Our team on the ground is set to conduct rapid assessment as soon as it is safe to do so,” says World Vision’s Executive Director Rommel V. Fuerte.

He also lauded the preparedness initiatives of all stakeholders. In the past, World Vision’s disaster risk reduction projects helped strengthen the communities’ preparedness through provision of early warning equipment like rain gauge and public address system and community and school-based disaster preparedness trainings.

“If needed, World Vision is ready to deploy its prepositioned relief items from its warehouses in Clark and Cebu which can cater to 2000 families,” says Fuerte.