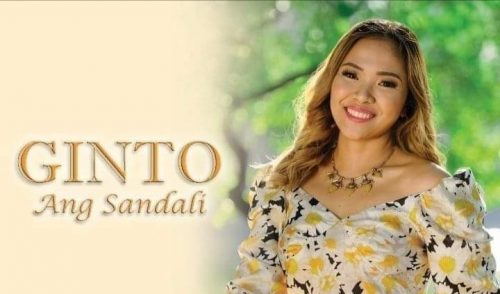 A heartfelt song sung by a talented singer already proven even in international stage smells like recipe for success. Listeners, netizens have been served pretty much with that in the form of the newly released Ginto Ang Sandali by Alisah Bonaobra.

The song’s lyric video uploaded on YouTube just last month reflected the good mix with its real quick increase in number of views.

Clocking in at four minutes and few more seconds of sustained vocal poetry and lush instrumental arrangement, the song written bv Marizen Yaneza boasts an impassioned melody and sincerely expressed lyrics that complement well with Alisah’s tried-and-tested laudable skill at interpretation. It opens with poignancy (“Bakit ba sa tuwing sasapit na ang paglubog ng araw”) and climaxes with positivity (“Sa buhay mo’y ligaya’y ngingiti”), as all its musical components mix up gently.
Alisah’s new single is among the ones quickly embraced by the public craving for songs to hold on to in this difficult time. It promises to be her biggest to date, as her recording career deserves the spike after a string of initial releases showcasing her charm as a singing sensation. Her previous releases include “This Is My Now” and “Let’s Get Loud” by Sony Music UK and “Laserlight” and “Ako” by MCA Music.

A viral act for her vocal strength in attracting crowds, Alisah made waves as finalist in X-Factor UK back in 2017. She also was a first runner up finisher in the second season of The Voice Philippines.

Recently she signed up with RJA Productions, a San Francisco, California-based talent development group headed by Filipina entrepreneur and music aficionado Rosabella Jao-Arribas who saw her viral videos and personally contacted her. She obviously felt she found the right way to take her career’s course. Months ago Arribas flew to Manila and envisioned things with her.

There’s no denying that Alisah, whose strong presence in social media keep a lot of people entertained and feel safer, struck gold in Ginto Ang Sandali as more and more listeners obviously agree.