Every year, tens of thousands of people in various parts of Luzon, Visayas and Mindanao gather to witness Ginebra San Miguel’s Ginumanfests – local live music festivals showcasing local talent and popular bands and celebrities. Ginumanfest has been championing the best in OPM talent since 2011, bringing Filipinos together for an epic celebration of music, food, and the world’s largest selling gin.

This year, restricted by measures that prohibit large public activities, GSMI was forced toput it’s highly attended Ginumanfest events on hold. But never one to give up and facing the challenge, GSMI found a way. On June 20, 2020, as an act of unity faced with the COVID-19 pandemic, Ginebra San Miguel’s Ginumanfest presented its first-ever live online concert headlined by popular bands Banda Ni Kleggy, Silent Sanctuary and December Avenue. The heritage brand urged all Filipinos to digitally get together via Ginebra San Miguel’s Facebook Page as ONE GINEBRA NATION to support and salute our frontliners, our freedom to enjoy life, and the never-say-die Filipino spirit. It was indeed a well-timed concert. Held just eight days after Independence Day, and riding on the high of celebrating the Filipino freedom, the event also ushered in a month-long celebration of World Gin Month kicked off by World Gin Day last June 13.

Now more than ever, the message of unity and togetherness of Ginebra San Miguel’s “One Ginebra Nation” campaign could not be more timely.

Early on in the crisis, Ginebra San Miguel found a way to do its part to help as well as to honor the modern heroes in the frontlines.

Aside from donating millions of liters of ethyl alcohol to hospitals and the frontlines, Ginebra San Miguel came out with a reimagination of its iconic label by National Artist Fernando Amorsolo. The image of St. Michael the Archangel vanquishing evil that has been on the Kuwatro Kantos and Bilog bottles for over 100 years inspired a new label artwork honoring the brave doctors, nurses, security guards, factory workers, delivery and grocery personnel. These artworks were posted on Ginebra San Miguel’s Facebook Page and netizens were inspired to react and share.

Ginebra San Miguel also gave more reasons to toast the freedom to enjoy life when it launched its newest products – GSM Blue Flavors Tamarind Punch and the Ginebra San Miguel Hari one-liter bottle at the live online concert. Aside from this, viewers were all given a bigger chance to win motorcycles, electric scooters smartphones, tablets and cash through the One Ginebra Nation Instanalo Summer Promo which was extended up until September 15. Interested participants just need to look under the caps or seals of participating Ginebra San Miguel products.

A Night of Hope

The live online concert featured three of the Philippines’ most followed bands namely Banda ni Kleggy, Silent Sanctuary, and December Avenue. Each band kept netizens entertained with their best hits, and sent out messages of hope and encouragement.

The night had many highlights including two surprise collaborations as Sanya Lopez sang together with Banda ni Kleggy while Sue Ramirez sang with Silent Sanctuary. The live comments on Facebook went wild as they gushed their love for their idols.

As the event carried on and before festivities came to a close, guests and viewers gathered in a virtual toast as heroes celebrating heroes and gave thanks to everyone who made the unforgettable night possible.

The concert reached over 3 million people with more than 335,000 views that night. The live comments bursting with happiness, and exclamations of admiration for the artists, stirred up by feelings and memories with each song performed. A lot of netizens shared how they truly missed being in a big concert venue, but given today’s situation, they were so grateful that Ginebra San Miguel gave them this opportunity to attend a Ginumanfest again.

For those interested to know where to get their own Limited Edition Ginebra San Miguel bottles for frontliners and the new GSM Blue Tamarind Punch, just visit LazMart where you can get 20% off on all participating Ginebra San Miguel products until June 30, 2020. 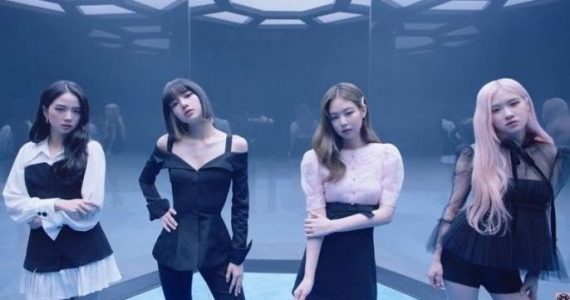