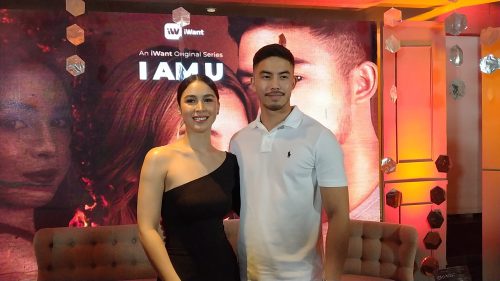 Julia Barretto finds herself tormented by one unfortunate event after another after she crosses paths with a doppelganger, a girl who looks exactly just like her, in the mystery psycho thriller “I AM U,” streaming on iWant starting this February 26 (Wednesday).

The iWant original series features Julia as two identical yet vastly different girls—Elise, who has the best of everything in life, and Rose, who has close to nothing.

The two unexpectedly meet when Rose saves Elise’s life. Both thankful and in awe of the their similarity in looks, Elise invites Rose into her world, treats her as her twin, and shares everything she has—including her house, family, and friends.

As soon as Rose becomes comfortable, however, Elise sees her as a threat and suddenly wants her out of her life.

In a party that changes everything, Elise bullies Rose into hiding inside a closet during a game of “Truth or Dare.” While inside, an accidental fire ensues, leaving Rose locked in.

Elise and her friends cover up the tragedy and think everything is behind them–until one by one, they fall to their mysterious deaths.

How are the deaths linked to Rose’s demise? Who will be left unscathed?

Meet two Julias in “I AM U,” on the iWant app (iOs and Android) or iwant.ph for free starting February 26 (Wednesday).