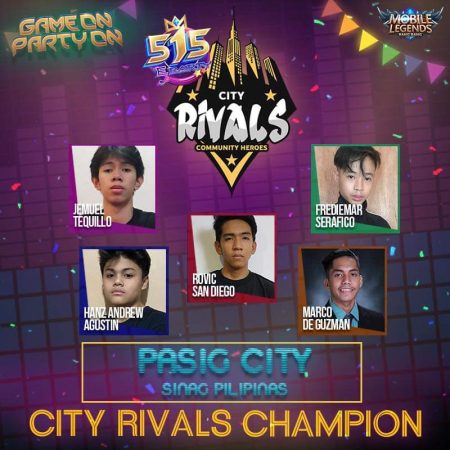 This year, Mobile Legends: Bang Bang (MLBB) 515 celebration has taken the online gaming world by storm as it registers more than 17 million collective views for its series of online events.

“We are very proud of this achievement for our 515 events,” says Mr. Hanqing Mei, Marketing Manager of MLBB for the Philippines. “Fans of the game have really come together to take part in this celebration. This year’s 515 celebration is something memorable for us as we converted all on-ground activities to online events to make sure our fans will be safe in the comforts of their homes during the Enhanced Community Quarantine (ECQ). Our online events definitely gave a much-needed happiness and entertainment to our supporters in these trying times.”

Meanwhile, lucky viewers who tuned in during the series of events were able to collect in-game prizes and a free hero. Aside from that they will also receive 10 Nintendo Switches, Airpods, and 20 Beats Solo from the leading mobile MOBA game in the world.

During 515’s Low Budget Cosplay Week, which runs from May 7 to 14, participants’ creativity was put into a test as they recreate their favorite MLBB heroes using whatever resources available at their homes. Five creative cos-players each won a Nintendo Switch. 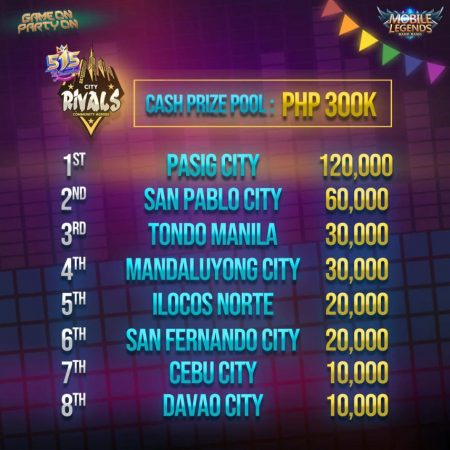 Capping off the 515 celebration is the first-ever online intercity match called Community Hero: City Rival where teams from 40 cities all over the Philippines battled it out to prove who deserves to be number one, taking the giant’s share off of the PHP300,000 prize pool.

San Pablo City and Pasig City secured their spots in the semi-finals. And after the intense battles, Pasig City clinched the top spot and hailed as the Community Hero: City Rival Grand Champion.

Gamers were in for a treat as Mobile Legends: Bang Bang gave away a free Luo Yi hero last May 16 by just opening the app.

They can also look forward to another surprise as the popular online MOBA game will be granting special free skin to those who will log-in on May 23 using their MLBB accounts.