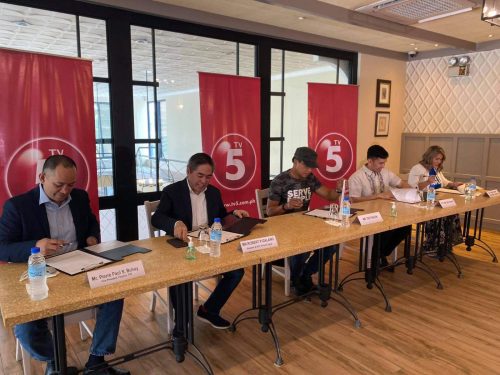 Veteran broadcaster Ted Failon is excited to return on air as he primes for his much-awaited debut this month with a new program over Radyo 5, the country’s leading FM news station, under the TV5 media banner.

“We are excited to deliver a paradigm shift on FM Radio. And we are thankful that Radyo 5 will give us the opportunity to serve the people with this one-of-a- kind format,” Failon said.

Ted’s stellar 30-year career as a broadcast journalist has earned him countless accolades as Best AM Radio Announcer and Best TV News Anchor. He is the recipient of multiple Hall of Fame awards from organizations such as Anak TV and ComGuild Center for Journalism, while his radio program “Failon Ngayon” is the only Catholic Mass Media Awards Hall of Fame awardee for Best News Commentary. He was also awarded the prestigious Ka Doroy Broadcaster of the Year by the Kapisanan ng mga Brodkaster Sa Pilipinas.

On the other hand, DJ Chacha is hailed as the Queen of FM Radio with her own 12-year decorated career as a top DJ and social media influencer. Together, their tandem is unbeatable.

Failon’s foray into the FM scene promises to alter the radio news landscape with a morning broadcast that offers a healthy balance of hard news, social media features, and intelligent discussion, consistent with the journalistic ethos of News5.

On Tuesday, News5 chief Luchi Cruz-Valdes confirmed Failon’s transfer to the Kapatid network from ABS-CBN, where he worked for three decades.

The ABS-CBN management thanked Failon for his years of service with the broadcast giant, which seized free TV and radio operations after failing to secure a new franchise from Congress.