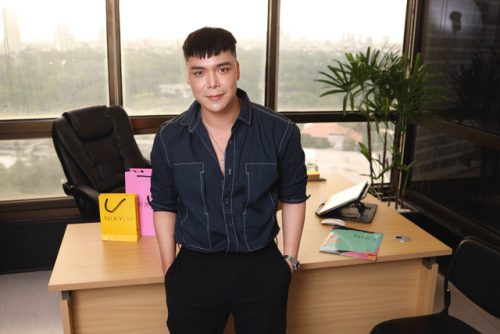 What is the measure of success?

For some, it’s getting the top position in the company. For others, it’s buying one’s very own house. For John Lozano, success means having the means and opportunity to turn the page when he is ready for it, to start over, and to conquer another mountain.

This celebrity stylist has no sense of ageism that puts a limit to what more he can achieve just because he is in his mid-30s. For John, it’s still the perfect time to do something challenging — and help others in the process.

Celebrity stylist extraordinaire
John entered the world of celebrity fashion styling through fashion editorials, starting with the now-defunct Chalk Magazine. He was a Journalism major at the UP College of Mass Communication.

“It was something I did on the side, as a fun thing,” John recalls. “I tried to push it away by doing something else, but I always gravitated towards it. I’d get clients here and there, or I’d get work, until eventually I embraced it.”

Events director magnifique
Just as John is a talented stylist, he is a true creative at heart. One aspect where his creativity has flourished is events direction.

In college, he was heavily exposed to Theatre and events, such as “Live AIDS (Ang Istoryang Dinebelop ng Samaskom),” the annual production of UP Samaskom. “I directed two Live AIDS — 22 and 24 — where the passion for events came about,” John says.

“The actual work of getting into events really came from the need,” John continues. “When you’re fresh out of college and you’re struggling, with a few styling jobs here and there, you’re gonna need something to augment your income.”

This need gave birth to ManilaX, John’s events business known for the music festival with the same title. ManilaX, Inc. is now three years old, in partnership with iFace, the company behind makeup brand BYS (major sponsor at the ManilaX Music Festival).

The chapters of John’s career started out of a need that he had to manage at their respective points in time. On the outside, John may appear cool and collected, an extrovert that swings from styling celebrities to directing events.

“That’s probably one of the reasons why I’m able to conceptualize and create,” John says thoughtfully. “Most of the time, I’m sitting down and thinking. I’m analyzing and trying to make everything work in my head.”

It is this thoughtful nature that gave birth to the idea of NiXY, a direct-selling company borne from John’s creative brain, that actually follows a very simple business model: buy the products cheaper and then sell them at standard retail price (SRP).

Why the name NiXY? We ask.

He continues, “When I heard ‘Nixy,’ I felt like it was the perfect name, because it was cute, it was unique, it sounded young, it’s easy to remember — it’s so unique that you’ll remember it. It slips off the tongue.” 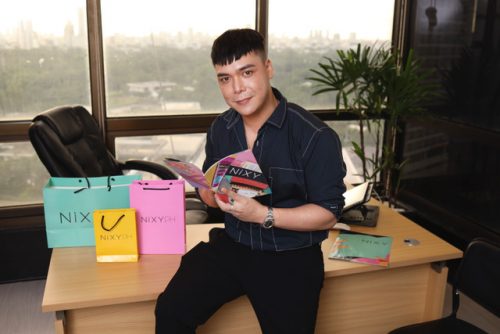 Armed with a business name that feels young, light, happy, and optimistic, John proceeded to build his newest venture with iFace.

“I’ve been telling people that I really want something new,” he shares excitedly. “I’ve always said that I want something more challenging. God answered my prayer, and gave me this opportunity to put up NiXY. I’m really gonna make the most out of it.”

“NiXY is a multi-brand direct-selling company,” John begins, when asked about NiXY and how it works. “We have brands like BYS, Rosken, Deoproce, the iFace brands, Artego, etc. In terms of the products that we sell, you can be sure that they are effective because these are products that come from all over the world.”

He continues, “Before they even get here, they go through a rigorous process of testing, getting approvals, and securing permits. You’re assured that the products you’re selling are safe and effective.”

NiXY’s product offerings not only come from around the world, they are also available in reputable retailers in the Philippines. “This means all the permits are there — FDA, MSDS, everything,” John reiterates.

NiXY is backed by iFace, a credible and established company. “We are not a ‘fly-by-night’ or multi-level-marketing company,” John says. “We stick to our core, which is, ‘You sell our products, you make money’.”

This is the simplest and easiest business model there is. “We stuck to the basics of direct-selling which is buy and sell, buy and sell,” John says.

NiXY offers the support of a full-service team in their office in Galleria Corporate Center, Ortigas. “We’re pulling out all stops,” says John. “We’re looking at NiXY in the long-term, lasting more than a decade.”

“What we’re building here is not just an answer to the pandemic. It’s about time that the Philippines has its own global direct-selling company, and we are getting ready to be that.”

The flexibility of direct-selling
John’s vision for NiXY is backed by data. He cites an article on Statista.com that states:

He understands that Filipinos are constantly looking for extra income, because being employed is not really enough anymore, especially with the pandemic.

“Minimum wage is not enough to cover expenses,” John says. “Our culture of ‘tawad’ (asking for a last price) and ‘hulugan’ (paying in installment) is still very much rampant.”

The beauty of direct selling is flexibility. “Resellers can decide on how best they can meet targets,” John says. “That’s why I feel direct-selling is big here in the country and it’ll only get bigger.”

Interested in becoming a NiXY franchisee or reseller? You only need to:
Have P99,000 as an initial investment for franchisee or P5,000 for reseller
Reach out to the NiXY team via their website, Facebook, or Instagram
Wait for John and the rest of the NiXY team to get in touch for a Zoom meet

Get them at 30% off and sell them at SRP. Simple, stress-free, and straight-to-the-point — with limitless potential. For such a humble investment, the possibilities are endless.

Franchisees and resellers can expect to interface with John often. He is hands-on with the awarding of NiXY franchises. He keeps everyone coached, empowered, and mentored to succeed.

“They’re the core of the business,” says John. “If I’m able to talk to them one-by-one, make sure that we’re all in-sync, and get them on board, the business will run.” 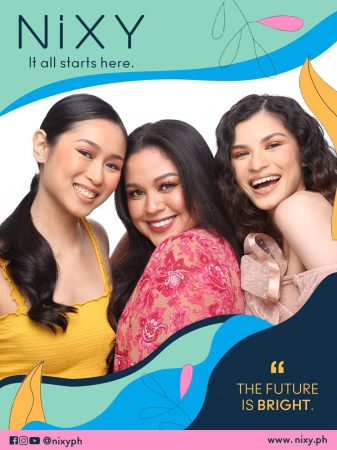 “We created NiXY as honestly and as simply as possible, because we’re tired of seeing companies misleading people and promising them the world,” says John.