The Department of Tourism recently announced that international travel is unlikely this year. But that doesn’t mean you can’t explore foreign shores altogether.

Digital travel platform Agoda.com has found a way for you to travel in the time of quarantine and physical distancing – through the delights of storytelling. Pass the time throughout the extended quarantine period by getting lost in the pages of amazing tales and going on an adventure as Agoda introduces five book trails to inspire readers to kick off their (virtual) journey.

“It would be a pity to pass through (Istanbul), — comme ça.” He snapped his fingers descriptively. “Nothing presses—I shall remain there as a tourist for a few days.” 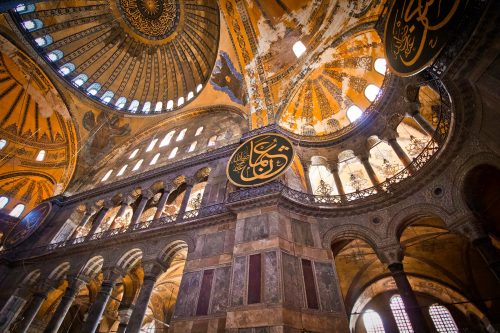 After solving his latest case, detective Hercule Poirot planned to spend a few days in Istanbul as a tourist. With it East meets West location, Istanbul is undoubtedly rich in culture, unique arts, and remarkable architectural sites.
If the book inspires you get to know more about Istanbul, the Hagia Sophia, once an Orthodox Church and Ottoman Mosque, is something worth looking up. Museums in Istanbul like the Pera Museum are now offering digital exhibitions. It features exhibits such as “Istanbul: The City of Dreams” and “Language of the Wall”—one of the most comprehensive exhibitions on graffiti in the world. If you are looking for modern art, “Artists in Their Time” at Istanbul Modern is just a few clicks away.

“The Norwegians know all about witches, for Norway, with its black forests and icy mountains, is where the first witches come from.” 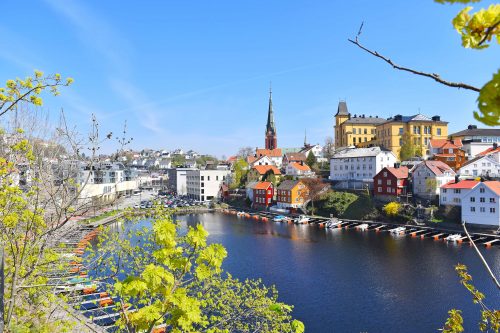 Roald Dahl’s children’s fantasy novel, “The Witches,” will take you all the way to the origins of these spell-casters in Norway.

Reignite your adventurous spirit, head over to the Polar Exploration Museum, and discover its famed centerpiece: the world’s strongest wooden ship, the polar ship Fram, which you can now view online.

Recognizing the healing power of art at a time like this, the Henie Onstad Art Center also opened its digital doors and is streaming hidden gems from its archives to showcase world class art pieces as well as concerts and musical performances.

“Rainy days I spend in the Louvre, reveling in pictures. …. Then the Bois and Champs Elysees are tres magnifique…. We often walk in the Tuileries Gardens, for they are lovely, though the antique Luxembourg Gardens suit me better” 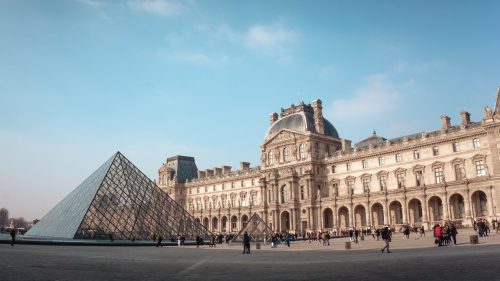 As the March sisters set off on their own journeys, you can follow Amy on her tour of Paris.

Step back in time and immerse yourself in the grandeur of Parisian parties and world-class Opera as the Paris Opera screens its performances online for free. Le Louvre, home to thousands of masterpieces, now grants virtual visits to its exhibition rooms and galleries too.

You can also switch things up with your virtual experience by visiting the Paris Catacombs. Did you know that this underground tunnel in Paris hold the remains of more than six million people since the eighteenth century? Those faint of heart, be warned!

“Shanghai was a vast, sprawling megalopolis on the banks of the Huangpu River, the “Paris of the East,” where hyperbole-defying skyscrapers vied for attention with stately early-twentieth-century European façades.” 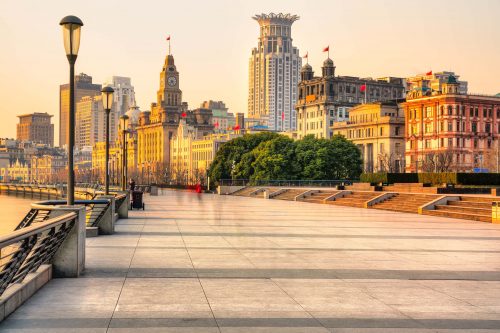 Set in the iconic city of Shanghai, the sequel to Crazy Rich Asians will inspire the ultimate luxury-filled trip.

If escaping to Shanghai through the pages of China Rich Girlfriend isn’t enough for you, you can take a virtual stroll along the Bund where skyscrapers and majestic heritage buildings stand proud on each side of the river. You can also check out Nanjing, the main pedestrian shopping street which stretches for five kilometers.

If you want to learn more about China, you can try out Harvard University and Tsinghua University’s free online course offerings from the country’s language to its culture and history.

“The Lexus entered the Xinyi district, and Taipei 101 rose from the cityscape like a giant bamboo shoot. The buildings around it seemed to shrink back in awe”

Teenage genius and criminal mastermind Artemis Fowl II and his friends set off on a journey to Taiwan to discover the secret of demons, fairies, and the fantasy world. If Artemis Fowl gives you an appetite for all things Taiwan, check out the National Palace Museum. It features guided VR tours following curated routes so you can easily observe and learn about all about Taiwan’s national artifacts. Chimei Museum in Tainan also offers a virtual tour of extensive collections of Western art, musical instruments, weaponry and natural history.