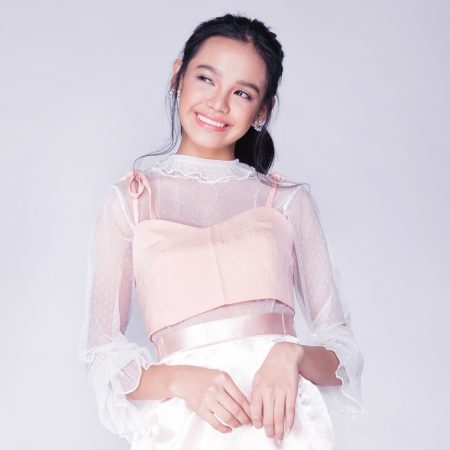 Zephanie demonstrates her maturity as a singer through her upcoming single under Star Music “Sabihin Mo Na Lang Kasi,” dropping this Friday (July 24).

“I love listening to heartbreaking songs, so hearing this track for the first time made me really excited to start recording it,” Zephanie recalled.

“Jonathan Manalo (producer) and I made sure that I was able to deliver the right emotions since this is very different from my previous releases,” she added.

“Sabihin Mo Na Lang Kasi” is a melodramatic acoustic that centers on a person’s daring but painful appeal for her partner to be upfront and confess that their relationship has reached its end, instead of acting like nothing is wrong. It highlights the softer and more calming voice of Zephanie rather than her impressive belting.

Earlier this year, the “Idol Philippines” grand winner released her third offering “Pangako Ko,” followed by her rendition of Gloc-9’s “Simpleng Tao,” which was used as the theme song of the Star Cinema film “James and Pat and Dave.”

Don’t be afraid to demand for the truth no matter how hurtful it can be and listen to Zephanie’s “Sabihin Mo Na Lang Kasi,” out on various digital streaming services this Friday (July 24)!