German singer-songwriter-producer J. Niklas conveys a man’s attempt to make an improved version of himself through his single “Better Man,” his first project under ABS-CBN’s Tarsier Records. 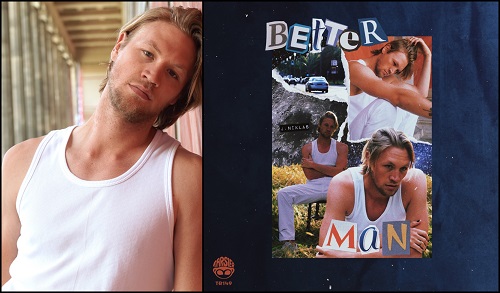 The 27-year-old’s new music drop takes off after his stint in “The Voice of Germany” in 2019, where he reached the ‘Sing Offs’ round of the competition. Since then, he has been inspired to create music of his own from the likes of Frank Ocean, Rex Orange County, and Mac Ayers.

“The first single of my upcoming EP is written, recorded, and produced by myself and of course the song means a lot to me,” Niklas shared.

A neo-soul/R&B track that touches on the typically taboo subject of men’s mental health, “Better Man” aims to send a message that letting go of one’s ego is important for someone to grow and accept his weaknesses.

“I believe that men have many shortcomings and in the process of accepting or improving those, the ego can still be in the way. This song should help understand and let go of this egocentric way of thinking and as it says in the song, ‘see the beauty surrounding you,’” he said.

“Better Man” and J. Niklas’ debut EP—which will also be released by Tarsier Records—add to the list of the music label’s venture of being a gateway for international artists to enter the local music scene.