#ThirstForGold: Summit Philippines Calls For Support of The Philippine Athletes in the 2021 Tokyo Olympics

In celebration of #FilipinoPride, Summit Natural Drinking Water joins all Filipinos as they rally their support to Filipina Weight Lifter Hidilyn Diaz and Filipino Pole Vaulter Ernest John “EJ” Obiena as they make their preparations for the 2021 Tokyo Olympics.

Throughout the years, Summit Natural Drinking Water has been consistent in supporting our Philippine Athletes as well as the entire Filipino community in terms of redefining their limits and making breakthroughs that puts the Filipino’s renowned global legacy in continuity. Contributing to the training and hydration of our athletes, Summit Natural Drinking Water makes it a commitment to encourage people to reach the summit of their dreams as they turn them into reality. 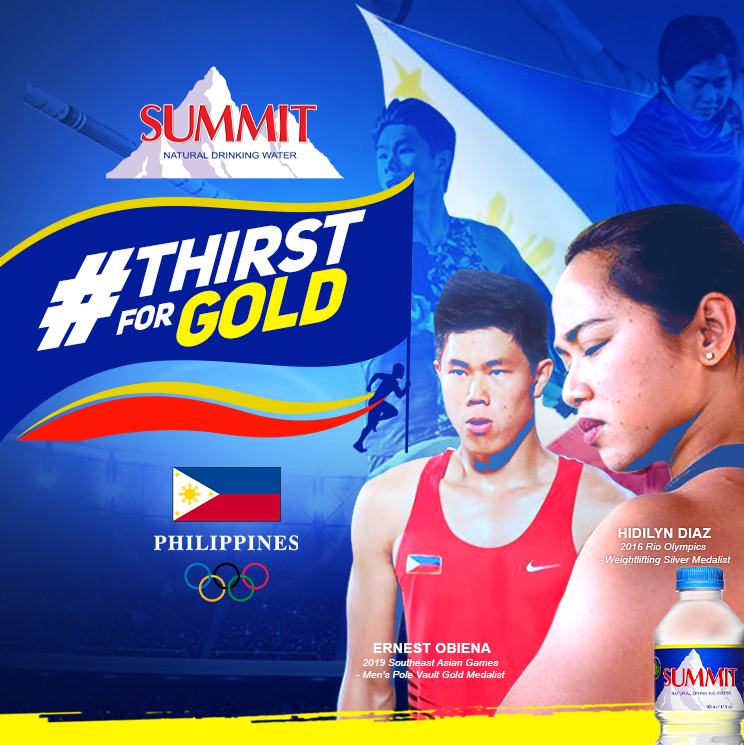 Hidilyn Diaz is a Filipina Weightlifter and Air Woman. Being the first Filipino woman to win an Olympic Medal, she made her mark on the world earning global reputation as she bagged the Silver Medal in the Women’s 53-kilogram Weight Division in the 2016 Summer Olympics.  Her contributions finally ended the Philippines’ 20-year Olympic Medal drought.

Along with that, she also brought home various Olympic Medals from different competitions and categories from all around the world.

Ernest John “EJ” Obiena is a pole vaulter and the first Filipino that has received a scholarship from the International Athletic Association Federation. He currently holds the Philippine National Record in Pole Vaulting with a record of 5.55 meters at the 78th Singapore Open Championship in 2016.

A record-breaking pole-vaulter, Obiena won a gold medal after he broke the Asian Athletics Championship record with 5.71 meters last 2019.

As a show of support to Hidilyn, EJ, and other Filipino athletes, Summit Natural Drinking Water gives back to our Fillipino athletes by releasing commemorative Summit Sports Label Bottles (available in the market by May) wherein every Summit Natural Drinking Water bottle purchased contributes to the training and hydration of our Nation’s athletes. 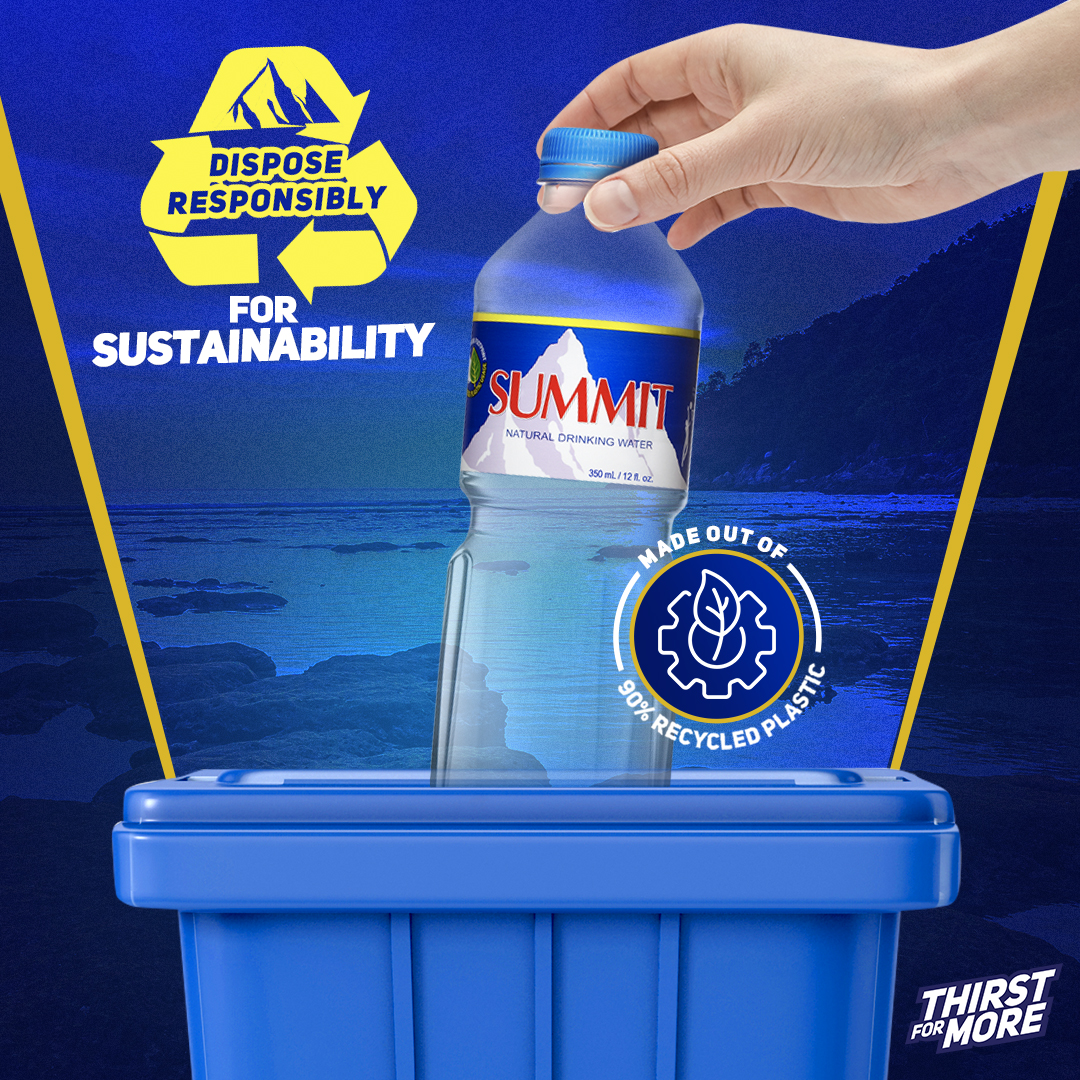 “On behalf of the Philippine Olympic Committee, I would like to extend our heartfelt gratitude to Summit for your generous support to our National Athletes. Your unwavering commitment to support our sports heroes inspires us to work harder to raise and create programs to produce more world class Filipino athletes. We are confident that with the overwhelming support of Summit, we can further strengthen the Olympic movement in the country,” says Ms. Karen T. Caballero, Deputy Secretary General for NSA affairs, Government and Athletes Affairs from the Philippine Olympic Committee.

“We take pride in knowing that despite the obvious challenges and hardships today, the sheer Filipino spirit is proven to be more than capable of breaking through these barriers and emerging from them stronger than they were before. Hidilyn Diaz and EJ Obiena is a testament to this, and it is with this sentiment that we take great honor in being a part of our athletes’ pursuit to greatness,” says Asia Brewery Inc. Marketing Manager Jill Villanueva.

In relation to this, Villanueva also looks forward and expresses that Summit Natural Drinking Water has a lot of exciting plans in store for the rest of the year.

Summit Natural Drinking Water, in partnership with the Philippine Olympic Committee, celebrates its decade-long commitment to supporting Philippine athletes as they move forward and pursue even greater heights.