New skins are now available for players on Mobile Legends: Bang Bang! Skins of Optimus Prime, Megatron, and Bumblebee will be available starting August 24th as Transformers roll out in Mobile Legends. 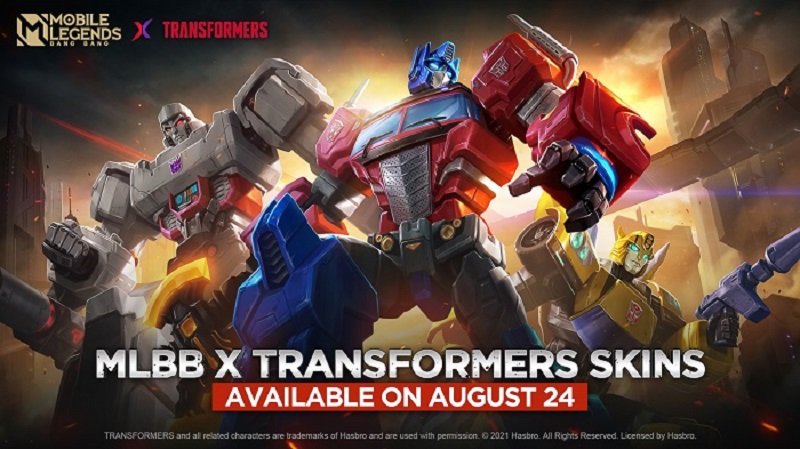 From August 24 to November 22, players can collect Sprays to unlock special in-game skins that will be available for a limited time only:

There will also be avatar frames, expressions, and effects that can be redeemed through the Battle Paint activity. The first wave of the collaboration will take place from August 24th onwards to September 10th, with more in-game items for grabs in the second wave.

“The Transformers franchise is well-loved by fans around the world, and we wanted to bring the classic sci-fi action even closer to our Mobile Legends: Bang Bang players,” stated Kelly Chiew, Senior Public Relations Manager, MOONTON Games.

Unfortunately, this exciting news comes with the ill-fated incident of singer Yeng Constantino’s sudden and inexplicable disappearance. The singer, actress, and highly-respected Mobile Legends streamer dropped out of sight towards the end of her stream. Not much is known at this time other than that viewers on last night’s stream saw fellow streamer, Joross Gamboa, shortly before the feed was suddenly cut.

We will have more updates as this story develops, but in the meantime, 1st episode with Yeng and the Rumble Royale can be viewed here: https://www.facebook.com/MobileLegendsOnlinePH/videos/581359563276616.